Each time there’s a headline about driverless trucking technology, another piece is taken out of the old equation. First, an Uber/Otto truck’s safety driver went hands-off once the truck reached the highway (and said truck successfully delivered its valuable cargo of 50,000 beers). Then, Starsky Robotics announced its trucks would start making autonomous deliveries without a human in the vehicle at all.

Now, Volvo has taken the tech one step further. Its new trucks not only won’t have safety drivers, they won’t even have the option of putting safety drivers behind the wheel, because there is no wheel—and no cab, either.

Vera, as the technology’s been dubbed, was unveiled in September, and consists of a sort of flat-Tesla-like electric car with a standard trailer hookup. The vehicles are connected to a cloud service, which also connects them to each other and to a control center. The control center monitors the trucks’ positioning (they’re designed to locate their position to within centimeters), battery charge, load content, service requirements, and other variables. The driveline and battery pack used in the cars are the same as those Volvo uses in its existing electric trucks.

You won’t see these cruising down an interstate highway, though, or even down a local highway. Vera trucks are designed to be used on short, repetitive routes contained within limited areas—think shipping ports, industrial parks, or logistics hubs. They’re limited to slower speeds than normal cars or trucks, and will be able to operate 24/7. “We will see much higher delivery precision, as well as improved flexibility and productivity,” said Mikael Karlsson, VP of Autonomous Solutions at Volvo Trucks. “Today’s operations are often designed according to standard daytime work hours, but a solution like Vera opens up the possibility of continuous round-the-clock operation and a more optimal flow. This in turn can minimize stock piles and increase overall productivity.”

The trucks are sort of like bigger versions of Amazon’s Kiva robots, which scoot around the aisles of warehouses and fulfillment centers moving pallets between shelves and fetching goods to be shipped.

Pairing trucks like Vera with robots like Kiva makes for a fascinating future landscape of logistics and transport; cargo will be moved from docks to warehouses by a large, flat robot-on-wheels, then distributed throughout that warehouse by smaller, flat robots-on-wheels. To really see the automated process through to the end point, even smaller flat robots-on-wheels will be used to deliver peoples’ goods right to their front doors.

Sounds like a lot of robots and not a lot of humans, right? Anticipating its technology’s implication in the ongoing uproar over technological unemployment, Volvo has already made statements about its intentions to continue to employ humans alongside the driverless trucks. “I foresee that there will be an increased level of automation where it makes sense, such as for repetitive tasks. This in turn will drive prosperity and increase the need for truck drivers in other applications,” said Karlsson.

The end-to-end automation concept has already been put into practice in Caofeidian, a northern Chinese city that houses the world’s first fully autonomous harbor, aiming to be operational by the end of this year. Besides replacing human-driven trucks with autonomous ones (made by Chinese startup TuSimple), the port is using automated cranes and a coordinating central control system.

Besides Uber/Otto, Tesla, or Daimler, which are all working on driverless trucks with a more conventional design (meaning they still have a cab and look like you’d expect a truck to look), Volvo also has competition from a company called Einride. The Swedish startup’s electric, cabless T/Pod looks a lot like Vera, but has some fundamental differences. Rather than being tailored to short distances and high capacity, Einride’s trucks are meant for medium distance and capacity, like moving goods from a distribution center to a series of local stores.

Vera trucks are currently still in the development phase. But since their intended use is quite specific and limited (Karlsson noted “Vera is not intended to be a solution for everyone, everywhere”), the technology could likely be rolled out faster than its more general-use counterparts. Having cabless electric trucks take over short routes in closed environments would be one more baby step along the road to a driverless future—and a testament to the fact that self-driving technology will move into our lives and our jobs incrementally, ostensibly giving us the time we’ll need to adapt and adjust. 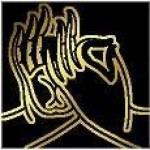 Why Hasn’t AI Mastered Language Translation?
Are Robots Coming for Our Jobs? Careful, It's a Trick Question
Could Blockchain Voting Fix Democracy? Today, It Gets a Test Run
Science Fiction’s Greatest Power? Inspiring Us to Build the Future
The New Science of Psychedelics: A Tool for Changing Our Minds
Tags: Autonomous Vehicles electric truck volvo